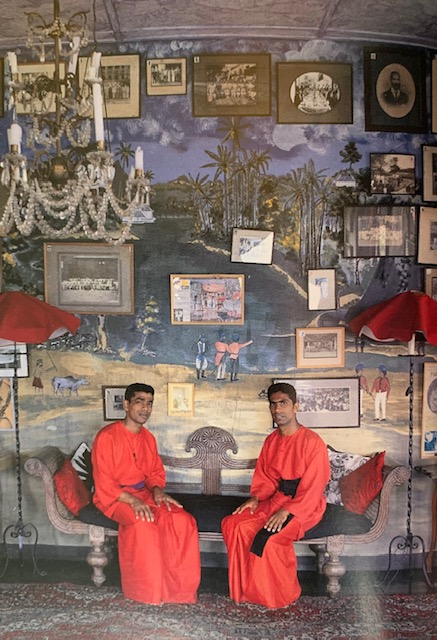 Helga de Silva Pererra Blow is an astonishing lady and proud of it. A daughter of one of Sri Lanka’s most prestigious political dynasties, she grew up in a world of colonial teapots, Hollywood gossip and Marxist revolutions. In 1993 she returned from England to live in her childhood home, a 1930s Art Deco chalet overlooking the ancient city of Kandy. Aided by two student artists, she converted the building into a sumptuous guest house that would serve as an exquisite location should Baz Luhrmann ever opt to film Moulin Rouge: Jungle Style.

The house, named “Helga’s Folly” was blessed with an epic provenance from the outset. Walls are adorned with newspaper clippings, poignant photographs and hastily scribbled verses. They tell how the building was designed by Helga’s mother, artist Esme de Silva, a student of the Bauhaus movement in Berlin. Helga’s father, Frederick de Silva, is seen shaking hands with Charles de Gaulle.

Frederick was the son and heir of political icons George and Agnes de Silva, credited with securing Sri Lankan independence in 1948. A clipping of Helga’s aunt Minette de Silva, described as Asia’s first female architect, suggest a romance with Le Corbusier. “The Scarlet Pimpernel” is the heading above a shot of Helga’s brother Desmond de Silva, a defence lawyer who specialises in getting Britons in foreign lands acquitted from the death penalty. He is married to Princess Katarina of Yugoslavia.

Helga produced another dynasty when, working as a model in London, she married English soldier-historian Jonathan Blow in 1962. She was 17; he was 42. Their progeny were fashion designer Selina Blow and art gallery owner Detmar Blow, who was married to Isabella Blow, the eccentric talent-spotter credited with discovering Philip Treacy, Alexander McQueen, Honor Fraser and Sophie Dahl.

Visitors are taken aback when they first step inside Helga’s Folly. The building is vast, with about 40 rooms linked by random staircases and narrow corridors. When Helga grew up here, Esme de Silva’s original house had been converted into The Chalet – “a rather grim and ghastly hotel”, and a popular stopover for tourist buses to Kandy’s famous Temple of the Tooth. 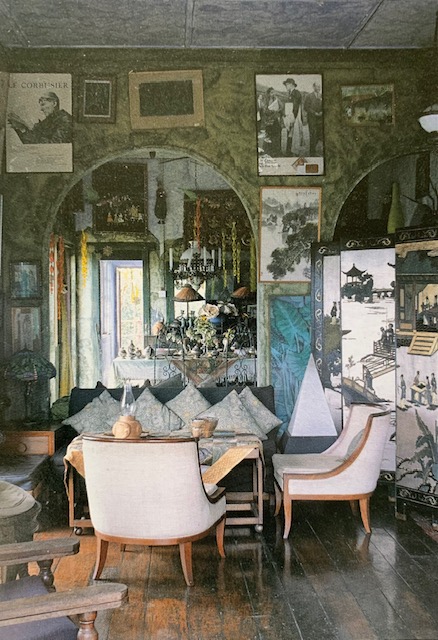 Now, barely an inch of the structure has been left untouched by Helga. Each room is an explosion of flamboyant colours, rich fabrics and gaudy furnishings. The signs of the zodiac beam down from the ceilings; Sri Lankan art adorns the walls; satin curtains tumble from ochre staircases; stag heads, peacocks and antique weaponry clamber up Brahminesque blue-washed walls. It’s a jungle scheme, reflected in carefully placed mirrors, some gilt-edged, others shrouded by Gothic candelabras. The arrangement of furniture and objects emphasises “the whimsy of life”, and Helga prefers to juxtapose and “mix the pedigrees”. Much of the furniture is antique Sinhalese, inherited heirlooms of the de Silva family, while decorative pieces throughout came from local markets and toy shops.

“It took us three months,” says Helga, sweeping through the house in Jackie O-style shades and flowing velvet red robes, a pair of Dalmatians at her heels. “I had two art students come and stay and we went for it with whatever came to hand. When the brushes wore out, we used sponges. When they went, we started with pieces of cloth. It was tremendous fun”.

In the visitor’s book, everyone searches for an adequate description. “Where Alice in Wonderland met the Marquis de Sade” is one. “Soft pornography” suggests another. Carl Muller was perhaps closest when he wrote: “Truly, the gods of music, art and drama have created the impossible”.

“This houses is always evolving,” says Helga. “Like top-seed, it keeps on growing. I hope I have given back some of the soul of the building.”

Extracted from ‘Living in Sri Lanka’ by James Fennell and Turtle Bunbury. 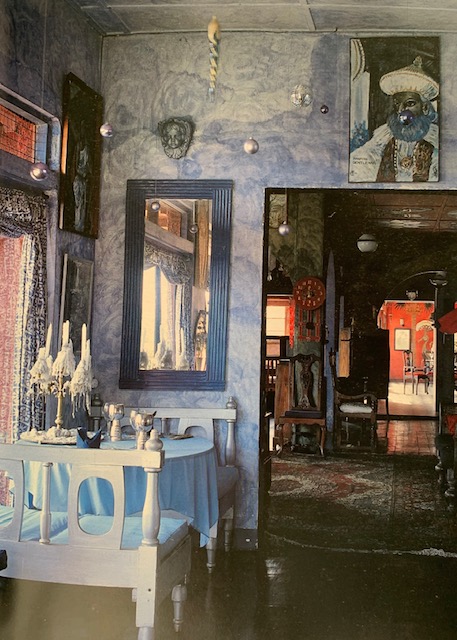