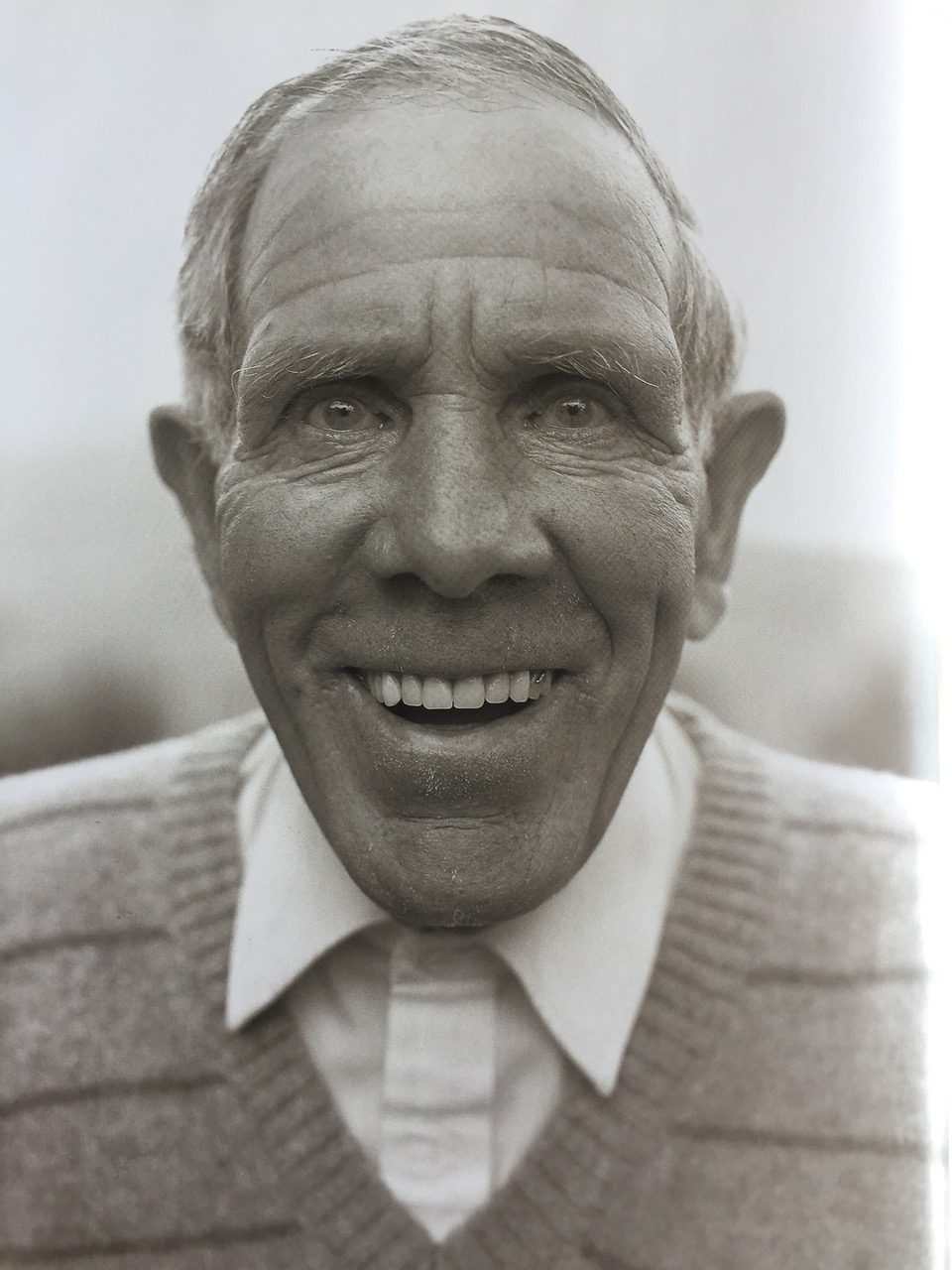 He was a great ladies man in his prime – and still would be given the right circumstances. He has that Hollywood look about him, like the kindly old soul who always ends up having secretly masterminded the whole scam. He wears a stripy cream V-neck, a white-collar shirt done up to the top button, navy blue pants and a pair of brown loafers. He pours us glasses of Bushmills, tops them up with 7UP, prepares a brandy and ginger for himself and sits down with his big, broad grin.

John Coady was born in 1927 and bred on the slopes of Mount Leinster. He was the youngest of seven children born to a Wexford sheep farmer. His father claimed kinship with the American gunslinger and circus guru, Buffalo Bill Cody, whose grandfather came from Wexford.

By the time John came of age, his elder brothers and sisters had all fled rural Ireland to seek new lives in Britain and the USA. John duly took over his father’s land – and the flock of sheep that came with it. Ever since, his life has effectively revolved around maintaining that farm. He became an adept shepherd, earning the respect of his peers as a sheepshearer of great precision.

He lives alone in a small cottage on the slopes of the Blackstairs. Mount Leinster rises in front of his home, a mist-covered rocky green landscape broken by stonewalls, lonely trees and mountain sheep.

He had been watching TV in the kitchen when we first knocked on the door, an appropriate pastime for the role he had in the silent terrestrial revolution that launched itself on Ireland in the early 1960s. At 7 o’clock on the very last night of 1961, the very first television broadcast was sent out. It came straight from the Telefis Eireann headquarters in Donnybrook, and was swiftly pursued by stern public warnings against over-indulgence from the offices of the Taioseach, Eamon de Valera, and Cardinal d’Alton.

In order for such broadcasts to be beamed around Ireland, Telefis Eireann had erected a number of masts at high points across the country. Perhaps the most famous of these was the three hundred foot mast erected on the summit of Mount Leinster on the Carlow–Wexford border.

Visible from many miles away, the mast rapidly became an icon for the exciting new age of television entertainment. Many admired it, some were in awe and others were determined to fell the beast. In the spring of 1962, John Coady was appointed night watchman to defend the New Mast against any nocturnal saboteurs. It was a role that sat easily with his shepherding duties. That same winter he single-handedly herded three hundred ewes to safe shelter during a particularly harsh snowstorm. That few of these sheep were his own is a fact they will talk of in Rahanna for years to come.

John recalls standing on the summit of Mount Leinster on clear nights when the moon was full. To the east, he could see across the great black Irish Sea and just make out the mountains of Wales silhouetted against the horizon. Had fate dealt a different hand, he realised, then chances were he would have crossed that sea himself.

John Coady passed away at the Borris Lodge Nursing Home on Sunday 12 February 2017. He was buried in the cemetery at Rathanna.