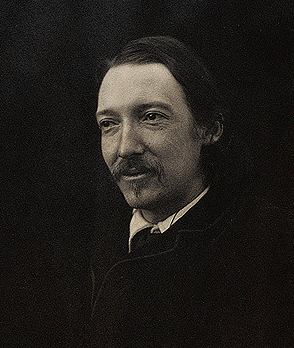 When Shane Leslie, the Anglo-Irish nationalist politician, was wooing his American wife Marjorie Ide in 1912, he was particularly impressed when she revealed how, during her childhood on the Pacific island of Samoa, Robert Louis Stevenson had read her bedtime stories.

Stevenson, a friend of her father, was their neighbour on the island and often joined the Ide family on Christmas Day. Marjorie’s sister Annie, who was born on Christmas Day, tended to be rather grumpy on that day because, as she repeatedly complained, the impact of her own birthday was utterly drowned by the general yuletide pandemonium of the household.

Stevenson mused upon her plight. He then drew up a deed of gift, properly sealed and witnessed as a legal document, which he published in the press. By that deed, he formally donated his birthday – 13th November – to Annie Ide.

Robert Louis Stevenson was already a celebrity by the time the Ide girls were children. He was born in 1850 into a Scottish Presbyterian family famed for its contribution to the evolution of lighthouse engineering. Suffering from some form of lung disease as a child, he spent much of his boyhood in bed listening to a Calvinist nanny regale him with terrifying stories from the Bible. By the age of sixteen, with his father’s backing, he had published his first book, a history of the Covenanters Rebellion of 1666.

His attempts to follow the family footsteps into engineering quickly petered out while he was at Edinburgh University, where he began to befriend decidedly more Bohemian types. He let his hair grow long and took to wearing a velveteen jacket. In 1871, he quit engineering to become a man of letters. His father agreed on condition that, for financial security, he study law and await the call to the bar.

When Stevenson’s father discovered that his son had rejected Christianity, the family bonds fractured. (They would heal in time). Stevenson moved to London and began to write for literary journals. He also befriended William Ernest Henley, a larger-than-life red-bearded Englishman with a wooden leg. Henley was to become the basis for Long John Silver in Treasure Island.

As his health waned, so he went to Menton on the south coast of France to recuperate. While in France he met Fanny Vandegrift Osborne, an American woman on the run from her husband. He fell madly in love and subsequently risked near death by pursuing her all the way across America to San Francisco. Fanny nursed him back to life, divorced her husband and they were married in 1880 although Stevenson reckoned he was “a mere complication of cough and bones, much fitter for an emblem of mortality than a bridegroom.”

Over the next seven years, the Stevensons lived an unsettled existence in Britain, France and New York, constantly trying to find a place that would be not only be beneficial to his lousy health but which would also provide him with suitable inspiration to write. He wrote his best-known books during this period, including ‘Treasure Island’, ‘Kidnapped’ and ‘Strange Case of Dr Jekyll and Mr Hyde’. 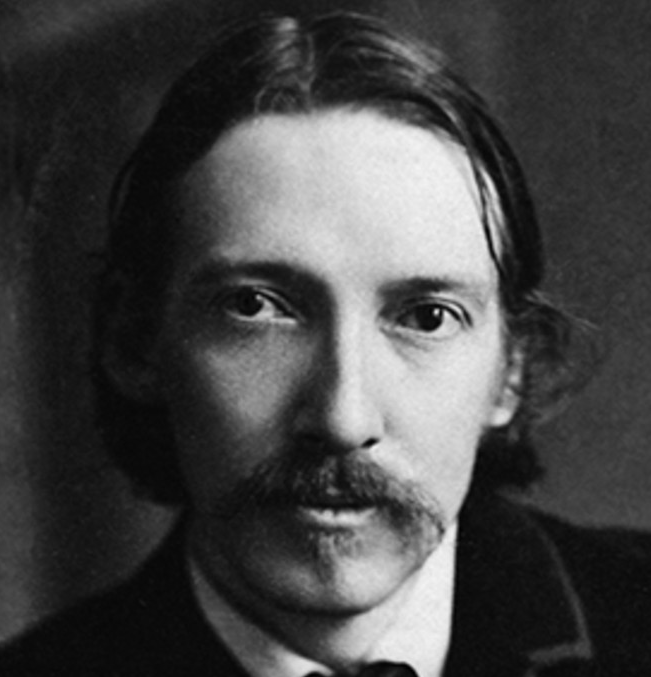 ‘Treasure Island’, destined to be his first popular book, was initially serialized in a children’s magazine called ‘Young Folks’ in 1881 and 1882 under the title ‘Treasure Island or, the mutiny of the Hispaniola’. Stevenson gave himself the pseudonym Captain George North. The book invented all of our modern instinctive notions of what a pirate should be – the wooden leg, the parrot, the eye patch, the cutlass, the treasure map marked ‘X’, the tropical island, even the classic piratical greeting of ‘ahoy, me hearties!’ It all came from Stevenson’s mind.

Stevenson was a Tory at heart but regarded the state of Ireland as ‘a perpetual and crying blot upon the fame of England’. He became virulently anti-Land League during the late 1880s, at one point concocting a plot to be deliberately murdered, or martyred, in Ireland. Instead, he penned an essay in January 1888 entitled ‘Confessions of a Unionist’ in which he sought to explain to Americans why Ireland should continue to be ruled by England, even though the latter had so far ‘majestically proved her incapacity to rule it.’ His American publisher decided not to publish the essay, although it was later privately printed while the Irish War of Independence was raging in 1921.

Literary success made him rich enough to charter a yacht in the summer of 1888 in which he and his wife set sail from San Francisco around the Pacific for the next two years. They called into Hawaii, the Gilbert Islands, Tahiti, New Zealand and the Samoan Islands. In each instance, they were met by the leading dignitaries and lavishly entertained. Somehow Stevenson found the time to complete another book, ‘The Master of Ballantrae’, as well as a short story called ‘The Bottle Imp’ and two ballads based on the legends of the Pacific islanders.

Stevenson enjoyed his Pacific expedition so much that in 1890 he purchased 400 acres on the Samoan island of Upolu where he lived out the remainder of his all too few days. This was also where he befriended the Ide girls; their Vermont-born father Henry was the American Land Commissioner on Upolu, charged with adjudicating land claims by foreigners in the island. Henry Clay Ide would later go on to become Governor-General of the Philippines.

Stevenson was long since dead by the time Marjorie Ide married Shane Leslie and moved to County Monaghan. The 44-year-old Scot was struck down by a cerebral haemorrhage while struggling to uncork a wine bottle in the presence of his wife. He died within a few short hours. The Samoans, who adored him as Tusitala, the ‘Teller of Tales’, carried him on their shoulders to the summit of Mount Vaea and buried him in a grave that overlooks the ocean. The epitaph on his tombstone, written by Stevenson and translated into a Samoan song of grief, remains well-known on the island to this day.

Under the wide and starry sky
Dig the grave and let me lie.
Glad did I live and gladly die,
And I laid me down with a will.

This be the verse you grave for me;
“Here he lies where he longed to be,
Home is the sailor, home from sea,
And the hunter home from the hill.”