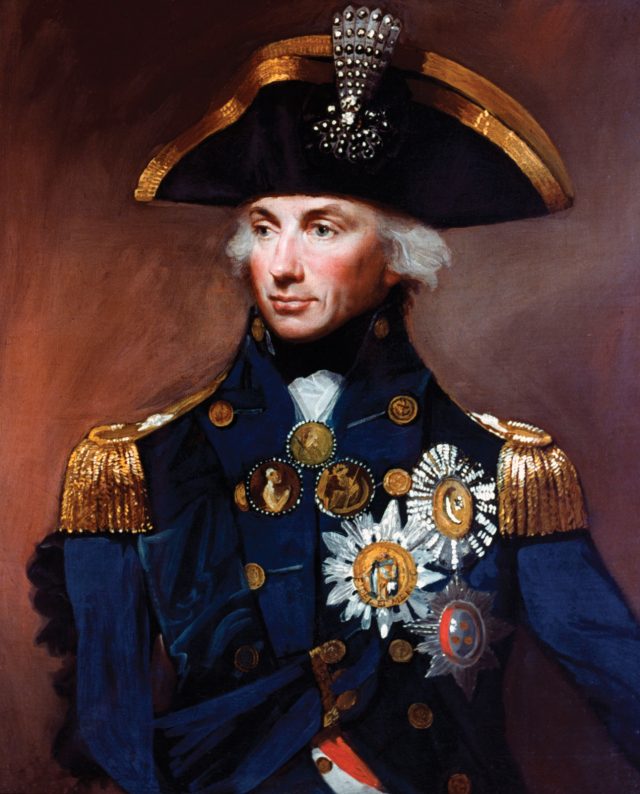 Admiral Nelson lost his arm in action in Tenerife.

Tenerife ain’t the sort of place you’d generally associate with snow. Nor would you particularly expect penguins to hang out there. But much is not as it seems on this, the largest of the seven Canary Islands, pitched out in the Atlantic Ocean, 275km off the coast of Africa. In the indigenous Guanche language, Tenerife means ‘snow-capped mountain’ and sure enough there’s a great big mountain at its centre. Way back when everyone sailed in timber ships, that mountain was a beacon for all on board.

The 2034 square km island was one of the last stops for any ship bound for the New World. Everyone who was anyone called by. Columbus and Magellan. All the Aussie convict ships.  The Bounty when Admiral Bligh and Fletcher Christian were still chummy on the rum. The Pandora when it was sent to track down Christian and the other mutineers.

But when you say Tenerife today, most people don’t think of explorers or snow. They think about the golden tattoo-splattered beaches to the south. Those beaches are probably bags of fun if that’s your thing. But if you’re after something a little more rugged and Hispanic, then go north. Tenerife is a gorgeous island, palm-fringed beach, flamboyant rainforests, alpine mountains, over 17,000 indigenous species of flowers. The north is steep and rocky, often barren and weirdly Connemara like. Mount Teide is a dead ringer for the moon surface. The northern beaches are great too, even if they are all disconcertingly black from the volcanic basalt. On the plus side, such a cementy concoction makes solid foundations for sandcastles.

The island’s Loro Parque is a sprawling top class botanical park and aquatic zoo founded by a parrot-loving German philanthropist in 1972. It should keep any family hugely entertained for at least a day. The aquatic zoo stars whales, dolphins, sea-lions and Humbold penguins. The latter are holed up in a massive mini-Antarctica, the largest and most modern penguinarium in the world. Umpteen hundred of these comical, tubby-bellied waddlers, all born here, have successfully deluded themselves into thinking that this replicated coastline of Chilean coral is what the universe is all about. Visitors gawk in from a neat, revolving platform, so you feel part David Attenborough and a lot Truman Show. I wondered did they ever crank up the blizzardometre so these little guys could feel what their cousins really deal with deep down on the South Pole. Our guide pretended not to hear and ran away into a glass tunnel of technicolour dreamfish, dopey seahorses and polka-dotted killer sharks. 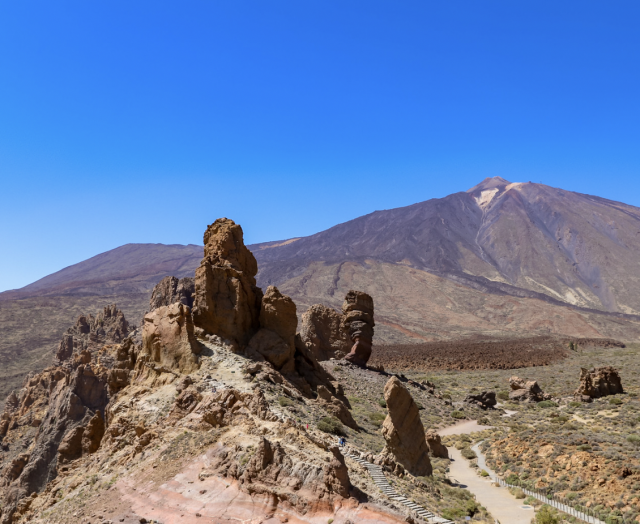 The big fish at Loro Parque are what its all about. It starts when two men and a girl with Disney-white smiles come surfing the pool on dolphin’s backs. I’ve seen dolphins leaping through hoops on telly plenty of times but its something else in the flesh. It’s also entirely incredible to watch a great big Orca bellyflopping to an Elvis soundtrack, deliberately sending arcs of water splashing onto the congregation for the crack. Anything for some free sardines, I suppose. But what really gets everyone clapping like they’re at a Jools Holland show is the sea-lions. I hadn’t realised sea-lions were comedians but these whiskery Californian snufflers excel in slapstick, the tap-you-on-the back and slip-on-a-banana style gags. I watched agog as they tiptoed about to the Pink Panther tune, juggling balls, tut-tutting their heads, pilfering each others hoops and faking the kiss-of-life like they were auditioning for a Chaplin movie. There was also a cute environmental “put your bottles in a bin” eco-bent too which worked well. If there was such a thing as driven seagull shooting, these sea-lions would make excellent gun-dogs

Loro Parque began as a parrot zoo and today holds the world’s largest collection of parrots, over 4000 of them. With just a little coaching, the cockatoos seem entirely prepared to shout “feck” instead of “squawk“. A pirate would have given his left arm for one macaw whose feathers seem to comprise of every colour ever invented. Speaking of which, ever wonder why Admiral Horatio Nelson only had one arm? Because t’other was shot off while he was engaged in fighting with Spanish forces here in Tenerife in 1797. Should you find it, be a sport and do let the Admiralty know. 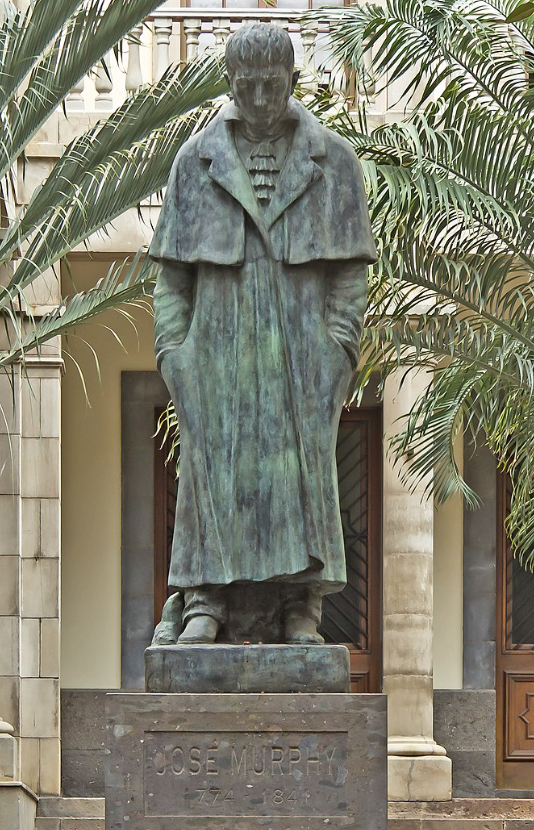 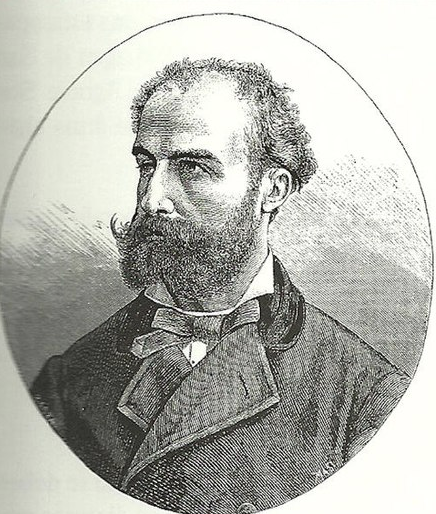 Tenerife is a land of tennis courts and tapas bars, banana plantations and palm-fringed coastlines, Moorish roofs and vineyards, volcanic mountains and oceanic views. You can go wild at the annual fiestas of Orotava or kick-back for a banana and cheese omelette at Casa Lecaro or sundowners on the sun-drenched balconies of Modekka. The island also makes very good wines, praised long ago by Shakespeare, and certainly vineyards seem to tumble from every available mountain slope. The authorities are hoping these vines will absolve Tenerife of its vaguely comical reputation as a banana island.

Take a trek through the Miniature Village where the island’s history and everyday life is recounted in wonderful detail right down to shagging goats, gossiping women and topless ladies on the beach. Drive through amiable old villages with sleepy old men chewing the cud and balconies o’erflowing with clothes, or bigger towns with steep hilly streets like San Francisco and churches galore. History is all around and sometimes it has a familiar hue.

The island’s most famous composer was one Teobaldo Power and there’s a José Murphy Street in Santa Cruz.

NB. In the 1860s, Tenerife was home to a wine merchant called Diego Le Brun, a kinsmen of my wife’s Rudall forbears. In 1865, he, his wife Lousia and their four children were travelling first class on board the Royal Mail steamer, Armenian, from Liverpool to Tenerife when the ship ran up on Arklow Bank off the coast of Ireland. Eight people died in the tragedy, although the Le Bruns and their children were rescued.