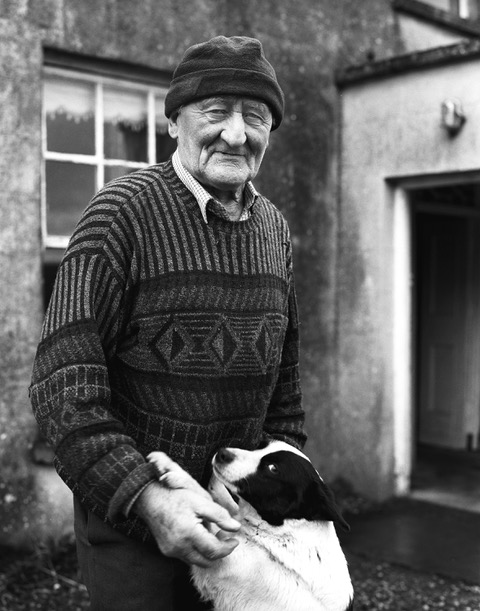 We chanced to meet Jos Donnelly of Ballymac, near Kinnitty and Birr, in 2005, while making the first volume of the ‘Vanishing Ireland’ series. He passed away peacefully, surrounded by his family, on 7 January 2016 in his 97th year. This is a story based on our brief encounter.

Our journey has taken us deep into the Slieve Bloom Mountains, once the stronghold of the O’Carroll chieftains and, until recent times, home to hundreds of small-holding hill families. We can still hear the haunting words of Jack Lowry, the blacksmith from Mountrath.

‘Oh God, there was hundreds of houses up there years ago. The land wasn’t good but people lived up there.’

Since then, much of the hitherto barren mountain terrain has been acquired by Coilte, the Irish Forestry Board, and planted with conifers.

A gentleman named Michael Browne took great interest in chronicling the lives of those who remained but he had sadly died a few months earlier. We called to see his widow, Sheila, who generously gave us directions to other old timers in the area.

A wrong turning through a sudden plateau of fertile meadows and sheep near the Tulla Gap led us to a farmyard. At one end, stood a modern bungalow and an open barn overflowing with turf and timber logs. At the other, a crumbling white-washed cottage with smoke wisping out its chimney. Country music was tumbling out of a radio. I knocked on the door and, moments later, was greeted by the friendly face of an old farmer.

Joseph ‘Jos’ Donnelly was born in the nearby village of Kinitty in the autumn of 1920. At the age of twenty, he succeeded to a farm in the hills where he maintains a small herd of cattle today.

He maintains that he is not a great man for the history. He suggests we try his friend Paddy Lowry instead. ‘Paddy’s a better-looking man too,’ he laughs. That afternoon, we hear Paddy Lowry’s verdict on Jos. ‘We went to school together, fought together, hurled together and everything!’ In 1945, the two men played on the same team in one of Fr Mark Ryan’s celebrated hurling revival matches. 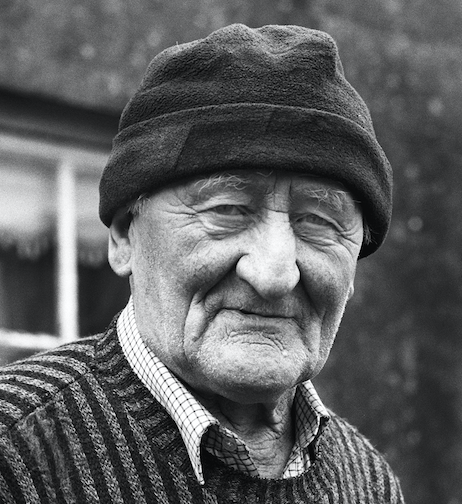 ‘It was a hard-fought contest with no quarter given – or expected,’ recalls Paddy. ‘Jos was an awful strong man in his time. He was one of the best friends you could ever have. If you had him on your team, you had all the back-up you needed.’

The two men first met while at school in Kinitty from 1925 to 1934. Together they learned respect the hard way.

‘By God with the hoor of a teacher we had you wouldn’t become much of a mischief maker, ‘says Jos. ‘He was a fierce disciplinarian. He would strap you as soon as look at you. But I used to hear them saying they were tougher still in the times before that. It’s only in recent times that they’ve backed off, since the war. I think they were too severe. You got so frightened you couldn’t think. I wasn’t ever able to learn much from the age of fifteen or sixteen. The brain was too slow to develop. I meet young ones from the present generation aged three and four, my grandchildren, and they know more than we did at seven and eight! There’s no question about that. Maybe it’s better teaching. Or better relations with the teachers. And even at home they have a better time. In my time, you might be strapped into a playpen for the day while your mother and father went off to work. It was a completely different world.’