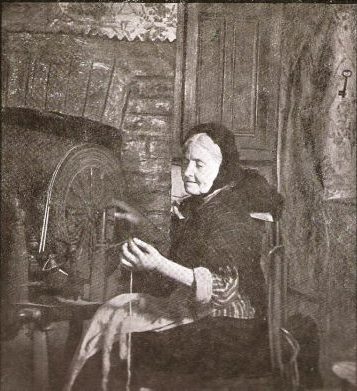 Woman at the Spinning Wheel

Rose Shaw was governess to the Gledstanes of Fardross House, near Clogher, County Tyrone, during the early decades of the 20th century. Her employers were Captain (later Lieutenant-Colonel) Ambrose Upton Gledstanes, 30th Lancers (Gordon’s Horse), an only son, and his wife, Isabella.

When not looking after the Gledstanes children, Rose spent much of her time walking in the Clogher Valley, photographing local people in the townland of Corleaghan, about four south of the village of Clogher.

Rose developed her photos at Fardross in a windowless room off the dining room where the Gledstanes kept their silver. The 30 or so surviving images include a girl with a creel for collecting turf, people gathering sheaves of oats, smoking pipes, playing fiddles and melodeons, children walking to school barefoot, women clad in the traditional dress of a country labouring woman (ie: shawl, apron and skirt).

It all looks very charming and quaint but, of course, life for these people in poverty-stricken, tuberculosis-riddled Ireland was also brutal, harsh and, for children in particular, deadly.

Rose Shaw wrote ‘Carleton’s Country’ (Talbot Press, Dublin, 1930), with 16 “true-to-life” illustrations. The book focused on William Carleton (1794-1869), a controversial County Tyrone novelist whom William Butler Yeats described as “the best author that ever looked through Irish eyes”. It included an introduction by Sir Shane Leslie. In the book, Rose wrote:

“The homes of the people were warm and comfortable. A turf fire burns on the hearth and above it hangs the big iron pot full of potatoes or stirabout. The old bread-iron for toasting oat cake and the ‘tilly’ lamp have their places on the wall. In some houses the potatoes, when boiled, are turned out on a Hat home-made basket – a ‘scrahag’ – which is placed on a pail in the middle of the floor. The family sit around it on stools, each with a noggin of buttermilk in his hand to ‘kitchen’ the repast . . . In the long winter evenings the oats may be threshed with flails on the hard earthen floor of the house, or perhaps some of the neighbours may ‘happen in’ on their ‘kailyee’ (céili) and there will be fiddling and dancing and old songs and stories”.

The chain migration from South Tyrone and North Monaghan to Providence, Rhode Island has been explored in much depth here by Ray McKenna of Federal Hill Irish. Ray’s ancestral farm was within six miles of Fardross, at Dernalosset, Errigal Truagh, Monaghan.

In 1956, Ambrose was involved in a car crash near Seskinore in which his younger sister Helen Margaret Gledstanes was tragically killed. (See below) His youngest sister Sophia Cecilia Marion Gledstanes married Henry Foster McClintock in 1930 and lived at the Red House, Ardee, County Louth.

With thanks to Michael McClintock for sending me these fine photos. They were in an album captioned ‘My Irish Friends’. Thanks also to Sylvia McClintock and Josephine Treanor. 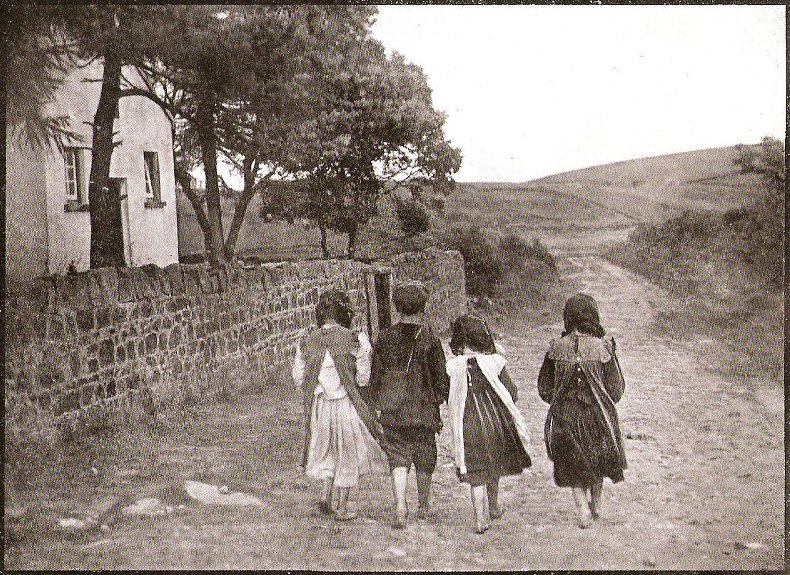 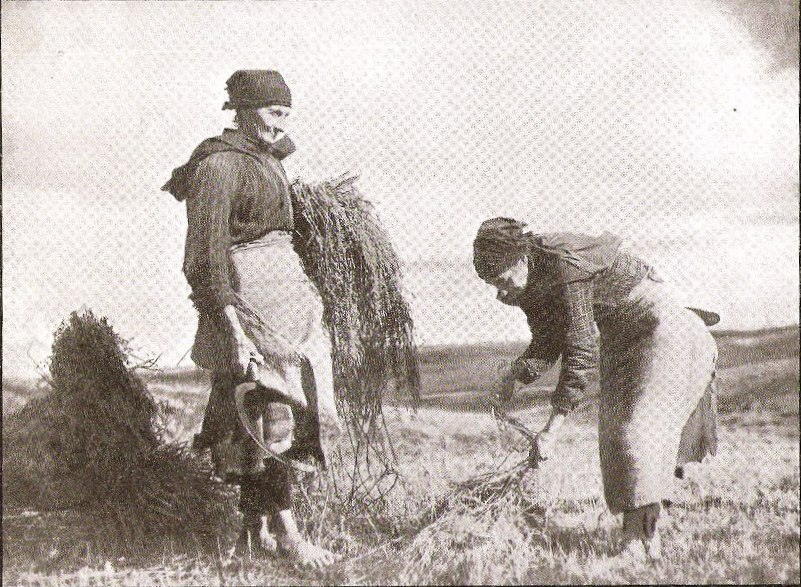 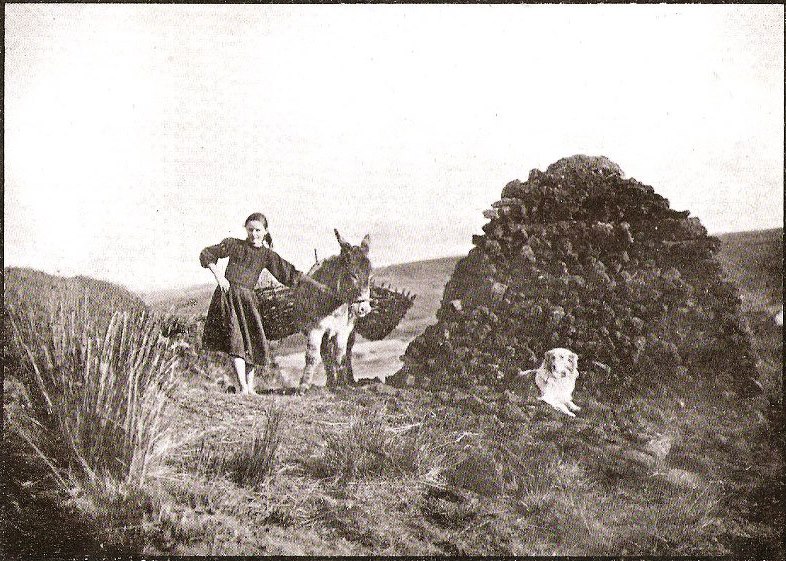 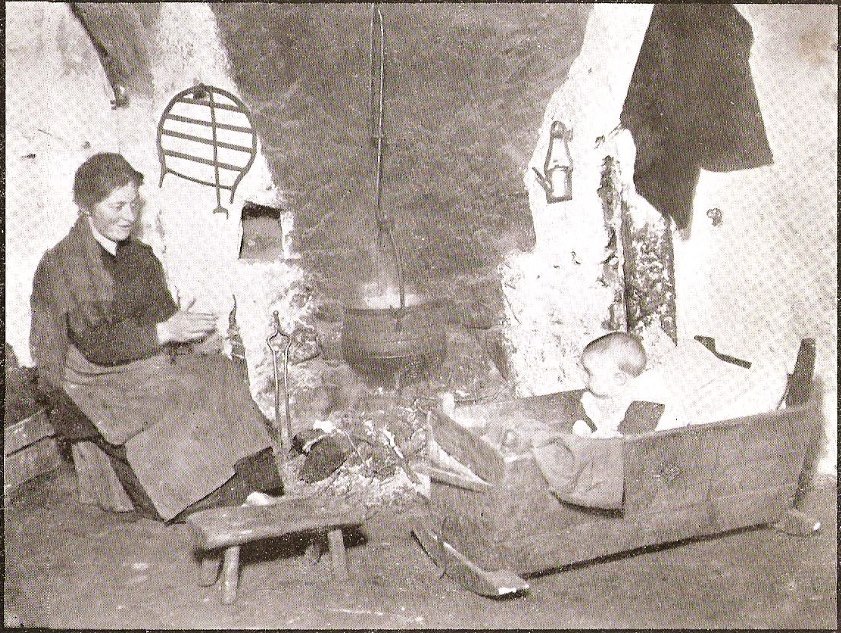 Cot by the Fire 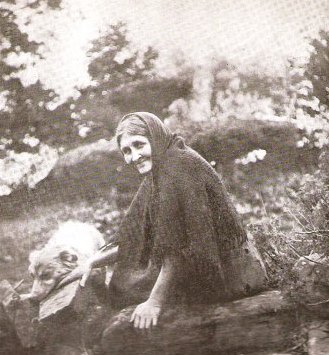 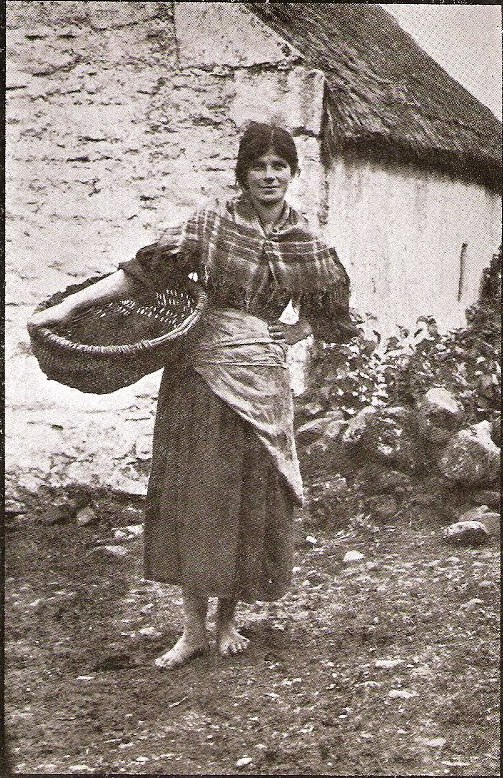 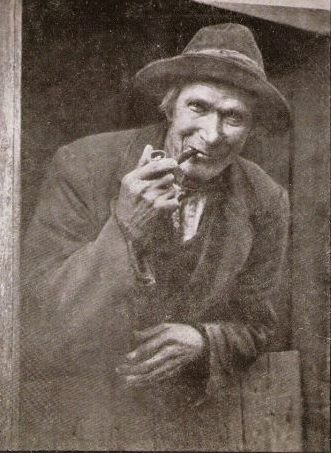 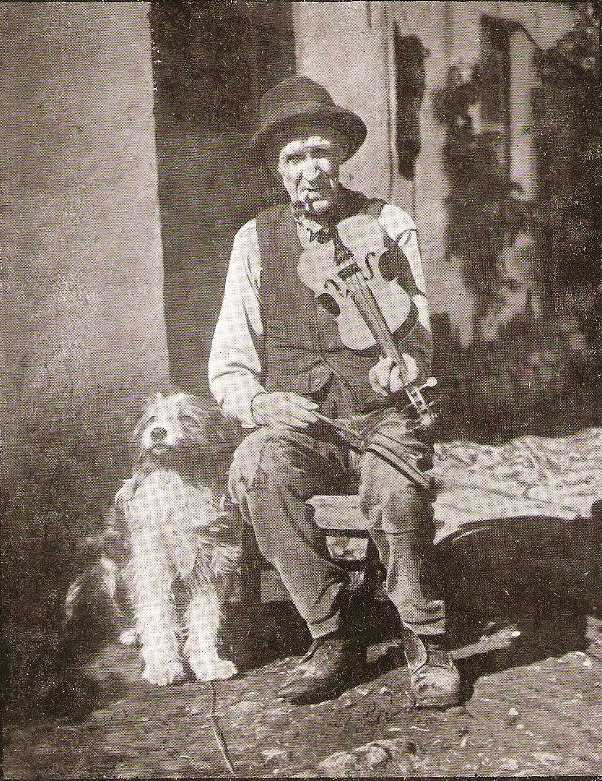 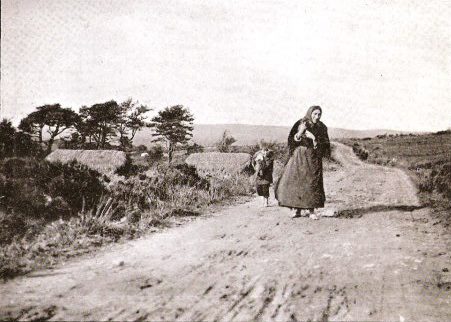 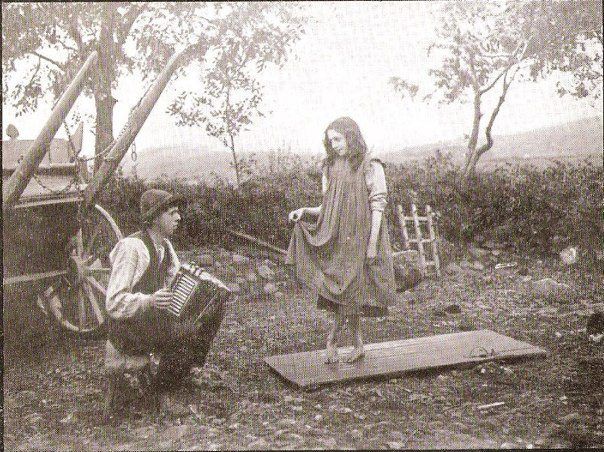 Dancing on the Door in Corleaghan, with Frank and Mini McGovern, grandfather and great-aunt of Josephine Treanor.

She didn’t have to ask me twice
Her tea and currant were nice,
Before I left I kissed her twice,
And danced upon the half door 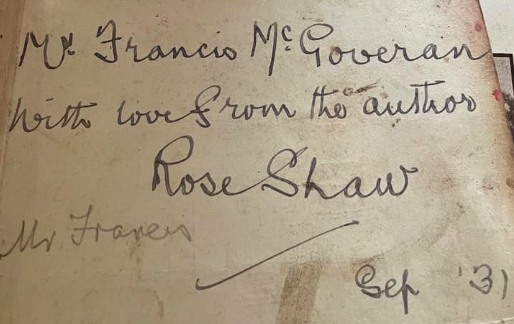 Rose Shaw’s signature inscribed on an original copy of her book which she gifted to Francis ‘Frank’ McGovern, the boy dancing on the door. With thanks to Josephine Treanor.

Omagh jury exonerates Colonel from blame in death of sister, 81

An Omagh jury, at an inquest yesterday, exonerated Lieutenant-Colonel Ambrose Upton Gledstanes, Fardross, from all blame when they heard the evidence in connection with the death of his sister, Miss Helen Margaret Gledstanes, aged eighty-one, also of Fardross, and returned a verdict of accidental death.

George Neely said at 5.45 p.m. on February 7 he was driving on the Omagh to Clogher road when he heard the horn of a car being sounded continuously. As he walked back he saw Colonel Gledstanes standing beside his car which had gone through a hedge.

Head-Constable C. H. Rogers said on February 15 Colonel Gledstanes made a statement to the effect that he had been visiting friends on the Derry road, Omagh, and left for home about 4.55 p.m. His sister, Helen, was with him in the front seat, and after they passed through Seskinore, he overtook a red van travelling slowly. He pulled out to pass the van and saw a pile of dirt on the road. In order to avoid it he pulled over to the right and the car mounted the grass verge and entered a water channel. He tried to get it out but it ran into another water channel in the verge and went out of control. He applied the brakes but the car went through the hedge and stopped beside a dam.

He was unable to get out by the front door, and his sister did not speak. He managed to get into the back and out of the car. He tried to get his sister out hut did not succeed. With his sister he was taken to hospital, but he was not detained.

Dr. H. E. Packham. Tyrone County Hospital said Miss Gledstanes died from haemorrhage of the brain following a head injury. Mr. A. J. Monteith said although Colonel Gledstanes was seventy- nine years of age he possessed all his faculties. He had long experiernce as a driver, and was known as a careful driver. He asked the jury to exonerate him from blame.